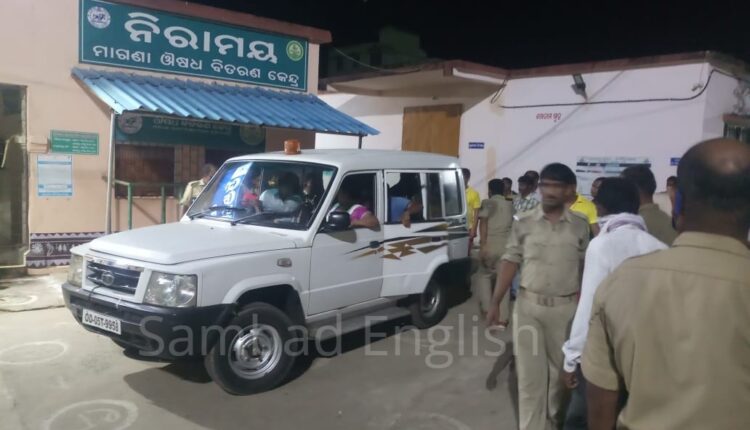 Jagatsinghpur: In a shocking incident, a man allegedly stabbed his mother to death with a knife at Chandapur village under Raghunathpur police limits in Odisha’s Jagatsinghpur district late last night.

According to reports, accused Nityananda Das was being questioned by police at his house over attacking a person in the locality when his mother Kalyani (65) criticised his acts and reprimanded him.

In a fit of rage, Nityananda thrust a knife into the woman leaving her grievously injured. She was rushed to Raghunathpur Hospital, where the doctor declared her dead.

On the other hand, police with the help of Fire personnel managed to nab the accused who went onto the roof holding the weapon of offence after committing the crime.