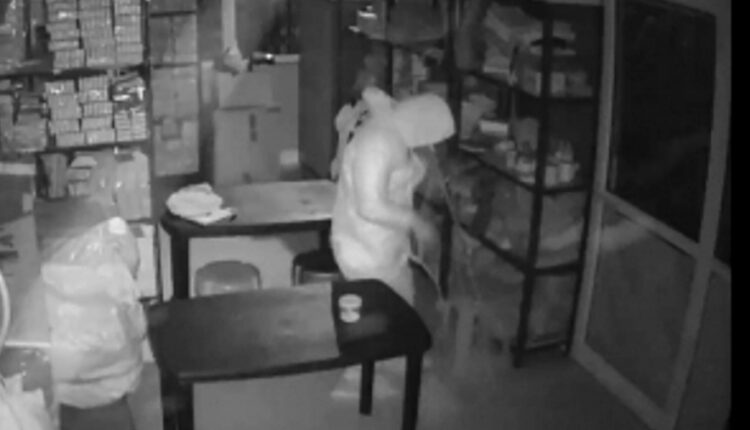 New Delhi: Electrician Sheikh Nur Rehman had meticulously planned a perfect burglary — or at least he thought so — in his employer’s jewellery showroom in Kalkaji and seemed headed for a ‘glittering’ future with over Rs 20-crore booty. But within hours, as ill-luck would have it, he was in police cross-hairs and cooling his heels behind bars.

When Rehman, 25, took leave on January 10 to visit his native place in West Bengal, no one suspected anything amiss.

On January 20, the jewellery showroom owner reported to Kalkaji police that a man wearing a PPE kit who broke into his premises in PPE kit had fled with jewellery valued at more than Rs 20 crore. Though the burglar was caught on CCTV, no one knew his identity.

When Kalkaji police station SHO and his team visited the spot after report of burglary on the ground floor of the showroom, they found that most ornaments had been taken from the show window on the ground floor and drawers. The burglar had entered through a fibre sheet on the building’s roof, and then down the stairs to the main shop on the ground floor. A lock on the iron grill on the 3rd floor was also found broken.

Police teams scrutinised the CCTV footage from the showroom, neighbouring buildings and adjoining areas and also carried out verification of the antecedents of present and former staff, including security guards. Even tenants living in adjoining buildings were questioned.

SHO Sandeep Ghai and Sub-Inspector Vinod Kumar under the supervision of Kalkaji ACP Govind Sharma zeroed in on the suspect after coming to know that he had gone on leave earlier his month on the pretext of visiting his native village Dighneshwar in Hooghly district.

Police finally traced Rehman to a densely populated area of Karol Bagh within a record time and recovered all stolen jewellery articles and cash. He was working at the showroom for around a year.

“During questioning, the accused confessed to the burglary as he wanted to avenge his humiliation and harassment by his colleagues at the showroom. Being a technical hand, he learnt to operate tools like pressure and gas cutters etc for housebreaking,” said RP Meena, DCP, South-East Delhi.

Rehman told police that before proceeding on leave, he had meticulously planned the crime by doing a recce of the area to select the spot to break-in into the showroom. He identified one of the adjoining buildings with uninhabited flats to climb up to reach the showroom roof. He also prepared a list of articles and equipment he would need to break in.

Police seized jewellery, Rs 23,000 in cash, pressure iron cutter, screwdriver, torch, rope, and PPE kit he was wearing at the time of crime from his possession.