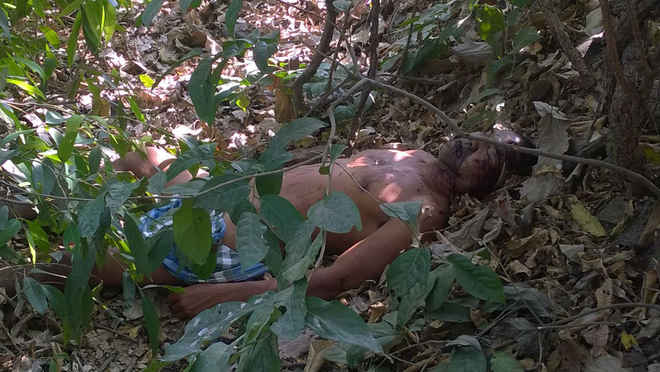 Unknown assailants have brutally stoned to death a man in Kalabila village of Gohira panchayat under Ghasipura police station limits in Keonjhar district.

The body of the deceased identified as Jagabandhu Naik (52) was recovered in a pool of blood from near a stream at a little distance from his native village-Kalabila in the afternoon today, reports said.

While deceased Jagabandhu is said to be a BJD supporter, the reason behind the murder is not known yet.

According to Bapun, the deceased’s son, his father had visited the bank and had returned to their home at about 4 PM on Tuesday. Later, his father dressed in a lungi and vest had told him that he was going on a visit to the enclave.  As he did not return home by morning today, they searched for him everywhere. Later, a fellow villager informed him that his father’s body was lying near a stream close to their village. He was found brutally bludgeoned to death.

On being informed, local DSP Maheswar Sethi, Ghasipura IIC Madhabananda Nayak visited the spot with the sniffer dog and scientific team to investigate the case.

Preliminary investigations by the police suggest that the murder could have been due to personal enmity.

Police have, however, said that the real reason behind the murder will be known only after detailed investigation.