Man stoned to death over ‘money’ in Odisha’s Jharsuguda 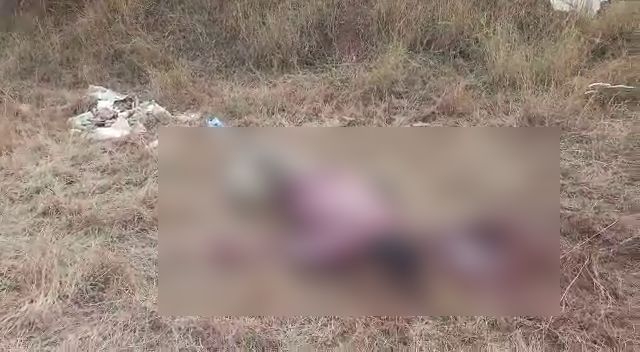 Jharsuguda: A man was stoned to death allegedly over financial matter here in the district today.

The deceased was identified as Akhaya Kumar Sahoo (43), a resident of Buromal area in Jharsuguda district. He was found lying in a pool of blood near Beherapali village road this morning.

The police recovered the body and initiated probe to nab the criminals behind the murder.

According to reports, Akhaya was missing since last evening after he went outside home on a scooter for some work in Badmal area. His body was spotted by his friend from Beherapalli village on Sunday morning and informed his family.

“Akhaya went outside home at 8.15 pm yesterday but did not return at night. We tried to inquire about his whereabouts by calling his friends. While searching for him in the morning, one of his friends Aju, a resident of Beherapali village, told me about a body lying near the road. We rushed to the spot and identified him as our brother,” said Abhaya Sahoo, the deceased Akhaya’s brother.

His family suspected that he might have been murdered over a money matter.

“As Akhaya was lending money to people at the interest rate, some defaulter might have targeted him and killed him with stone,” Abhaya said.

“Akhaya’s family members found the body in a pool of blood at a place around 10 ft-deep from the Beherapali village road. His hands and face have grievous injury marks. A case has been registered following a complaint by the deceased’s elder brother Abhaya Sahoo,” said Jharsuguda SDPO Kailash Chandra Acharya.

A scientific team and dog squad have reached the spot. The culprits involved behind the murder will be caught soon, he said.

murder over moneystoned to death