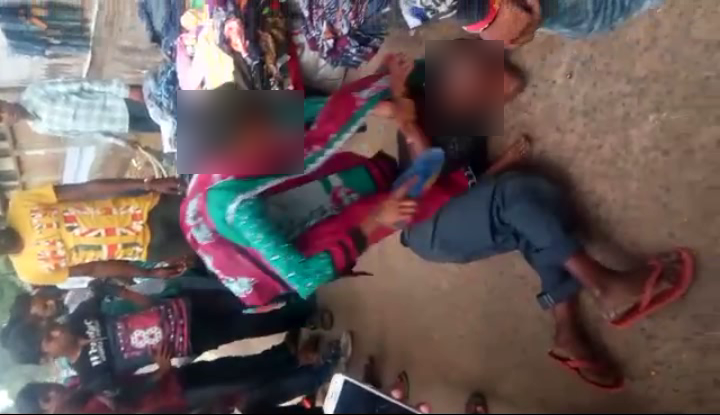 Jeypore: A woman in Jeypore town of Koraput district became inspiration for other girls for her bravery act to teach lesson to a road Romeo here.

Reacting furiously to the lewd comments passed by a man, the woman thrashed him repeatedly with her shoe in public.

The incident was reported from Jeypore Municipality office on Sunday afternoon. The locals were just the mute spectators when the woman started beating up the man with shoe on the road without listening to anyone.

According to reports, the accused had passed lewd comments at the woman while she was going on the main road in Jeypore town. Instead of tolerating such comments, the brave woman reacted furiously and pushed him. When he fell down, she kicked him and thrashed him with her shoe.

The woman stopped assaulting him after few youths intervened in the matter and convinced her. Some locals were found capturing the entire scene on their mobile phones.

While the identity of the woman is yet to be ascertained, the accused is said to be an abnormal.

However, no complaint was filed with police in the incident till yesterday night.