Man tries to rob bank, returns home empty handed as staff could not understand his handwriting 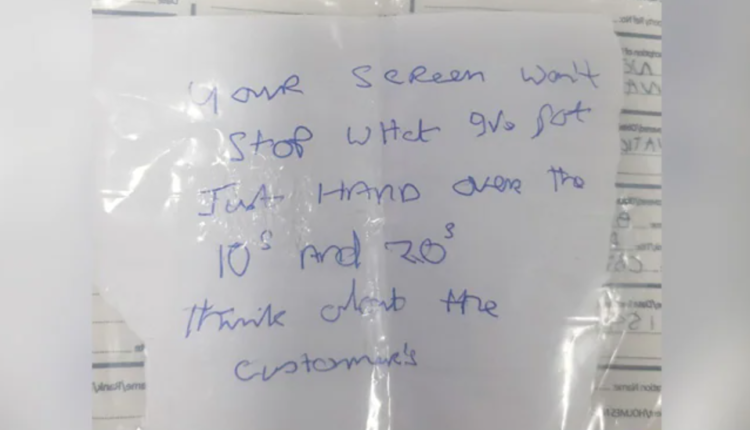 Hastings/Bhubaneswar: In what is one of the most bizarre bank robberies in living memory, a robber in England failed at his task because the staff of the bank he was attempting to rob could not understand his handwriting.

The incident took place Eastbourne on March 18 earlier this year. A man called Alan Slattery, a resident of St Leonards in Hastings, with the intention of robbing a bank, handed a threatening note to one of the bank employees. The only problem was that the employee could not make out what Slattery had written because of his poor handwriting.

Facing this unusual quandary, the 67-year-old Slattery was forced to flee the bank empty handed. Sussex Police later issued a statement on their website confirming the bizarre turn of events. According to the police, who later managed to decipher Slattery’s bad handwriting, the note read: “Your screen won’t stop what I’ve got, just hand over the 10s and the 20s. Think about the other customers.”

Slattery presumably worked on his handwriting like a school kid and proceeded to rob another bank a few days later on March 26. This time he succeeded in robbing a bank off £2,400 in cash. CCTV footage showed Slattery board a bus shortly after robbing the bank.

He later attempted to rob a NatWest bank but failed after the cashier stood up to him. He was soon arrested on suspicion of robbery and two counts of attempted robbery.

He was soon arrested from the vicinity of his house on suspicion of robbery as well as two counts of attempted robbery.

“A search of his address found some sticky labels identical to the label that had been handed to staff at NatWest bank, and a jacket that matched that of the man seen in CCTV from NatWest,” said a police official on Slattery’s arrest.

Slattery pleaded guilty to all charges and was handed a six-year sentence.

Pfizer-BioNTech Covid-19 vaccine approved for 12- to…