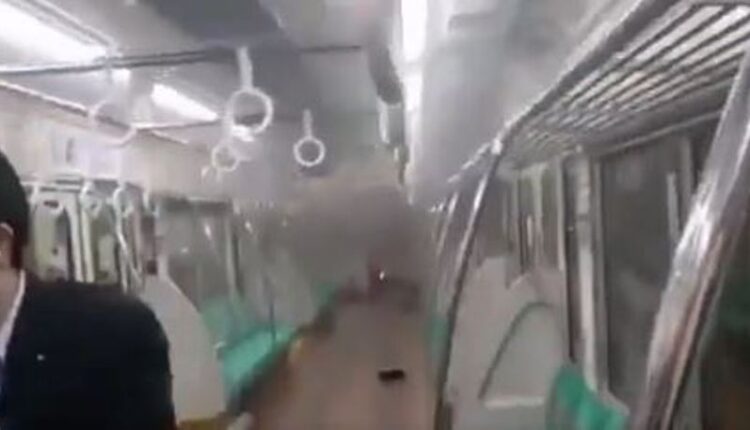 Tokyo: Fifteen people were reportedly injured in Japan’s Tokyo when a man wielding a knife on a Keio Line train set the metro train on fire on Sunday night, according to Kyodo reports.

Among the injured, a man in his 60s was seriously hurt and unconscious.

The authorities immediately took the suspect, a man in his 20s carrying a knife, into custody after the police received a report about the knife-wielding man around 8 p.m. local time, Xinhua news agency reported.

The police arrested the suspect for attempted murder, and are currently investigating the incident and questioning the suspect.

According to the police, the suspect used an oil-like liquid to set fire in the train, burning part of the fifth carriage of the train.

The police also received a report that hydrochloric acid was spread on the train, but later denied that the acid was used.

The incident took place on a train bound for Shinjuku in central Tokyo and caused panic among passengers amid the fire and smoke.

Screaming of several people was heard from the carriage where smoke and fire blew, with people climbing through the windows to get out of the train.

After the incident, the train stopped at a station that is not originally planned for the fast train, where people temporarily got off for shelter.