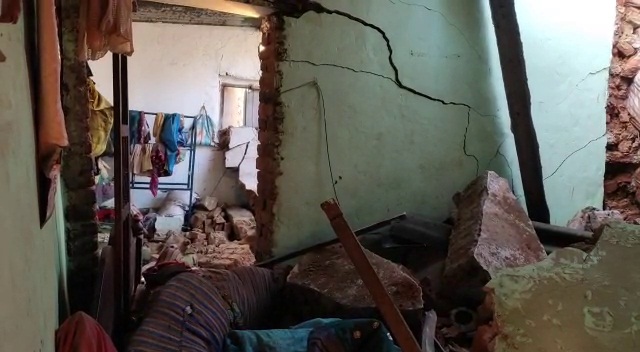 Keonjhar: A man, his wife, and their minor daughter sustained critical injuries as a truck rammed into the house located on the roadside of NH-20 near Sathighara Sahi under Keonjhar Town police limits, late last night.

According to reports, driver of the speeding goods truck lost control over the wheels, following which it rammed into the house of the victims, who were sleeping. The wall of the house collapsed and fell on Mahesh Patra, his wife, and their 7-year-old daughter injuring them grieviously.

They were rescued by locals and rushed to the Keonjhar District Headquarters Hospital for treatment.

The house was severely damaged in the incident while the truck overturned after ramming into the house. Police have reached the spot and started investigation.

On the other hand, locals staged road blockade by burning tyres demanding compensation for the victims.