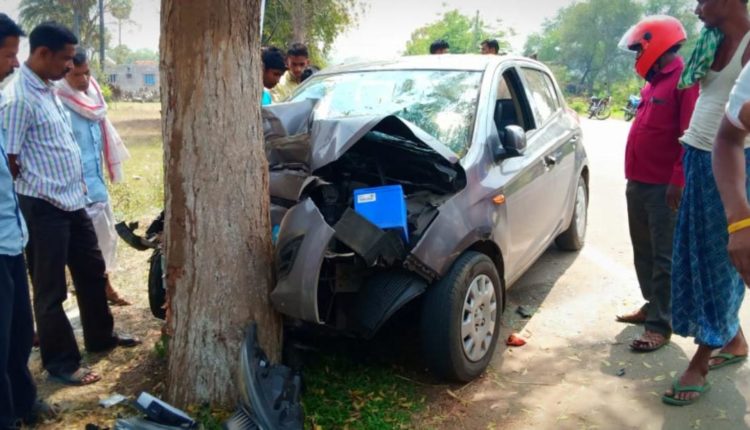 Angul: In a tragic incident, a man and her wife were killed after the car they were travelling in rammed into a roadside tree near Chheliagada village on the outskirts of the town today.

The deceased duo has been identified as Siba Panda and his wife Pramila Panda.

The incident took place when Siba lost control over the car, following which it skidded off the road and hit a road side tree. While Pramila died on the spot, Critically-injured Siba was admitted to hospital here, where he succumbed to his injuries.