Man with leprosy brutally killed for touching centring in Odisha 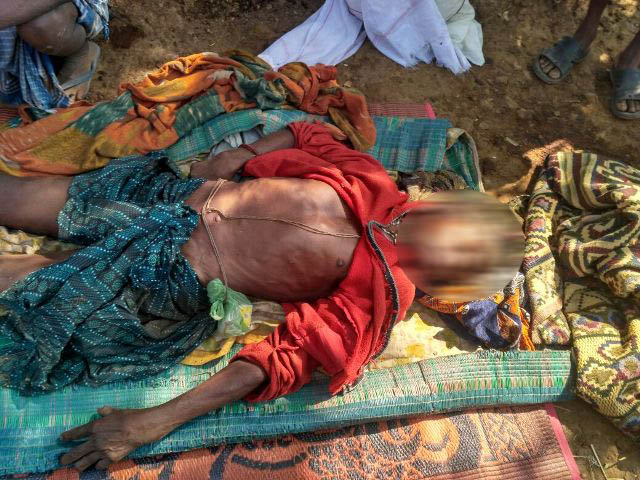 Koraput: A person with leprosy was brutally killed for allegedly touching centring of a newly constructed house here in the tribal district.

The incident occurred at Khandiguda village under Borigumma police limits on Sunday. The victim was identified as Paramnath Gouda.

Police arrested a person identified as Dasharath Gouda in connection with the incident.

According to reports, Paramnath was watching the centring work of a newly constructed house of Dasharath Gouda at Khandiaguda village at around 7pm on Sunday. After he touched the centring of the house, the irate Dasharath started abusing him and kicked in his private organ following which he fell down and died on the spot.

As there was no transport facility from the village, the complaint was filed by the victim’s wife at Borigumma police station next day morning. Police launched investigation after registering a case. Later, the accused Dasharath was arrested, informed ASI Ansuya Nayak and IIC Uttam Kumar Mohanty.