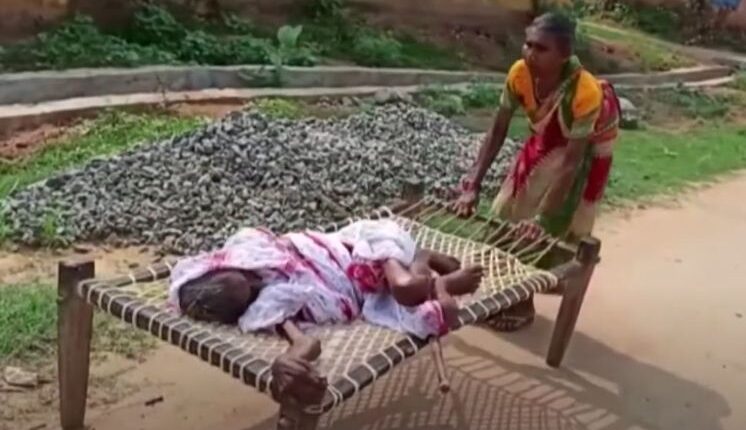 Bhubaneswar: Authorities of Utkal Grameen Bank today suspended the Manager of the bank’s Baragaon branch under Khariar block in Nuapada district on basis of a request made by the Odisha government.

The Baragaon Branch Manager of Utkal Grameen Bank, Ajit Kumar Pradhan was placed under suspension for allegedly asking for physical verification of a 100-year-old woman, Labhe Bag to get the pension amount. The bank authorities said disciplinary action will be taken against the Branch Manager.

Bag’s daughter Punjimati Dei (60) dragged her mother on a cot up to the bank to get the pension money of Rs 1,500 after the bank asked for a thumb impression of the centenarian. The incident took place on June 9.

But the matter came to light after a video of the woman dragging her bedridden mother on the cot went viral on social media.

The  centenarian woman is an account holder under Jan Dhan Yojana of the Central government. Worth mentioning, the Centre had announced Rs 500 monthly assistance for women Jan Dhan bank account holders from April to June in view of the COVID-19 situation.

The State Bank of India, which oversees the affairs of Utkal Grameen Bank, issued a statement clarifying over the matter. “While the Branch Manger did not have any intention of harassment, the unfortunate developments have resulted out of a communication gap resulting in a display of inhuman and incentive approach in the bank’s treatment of senior citizens. Utkal Grameen Bank regret for the whole incident and the matter is being looked into for necessary action,” the statement read.