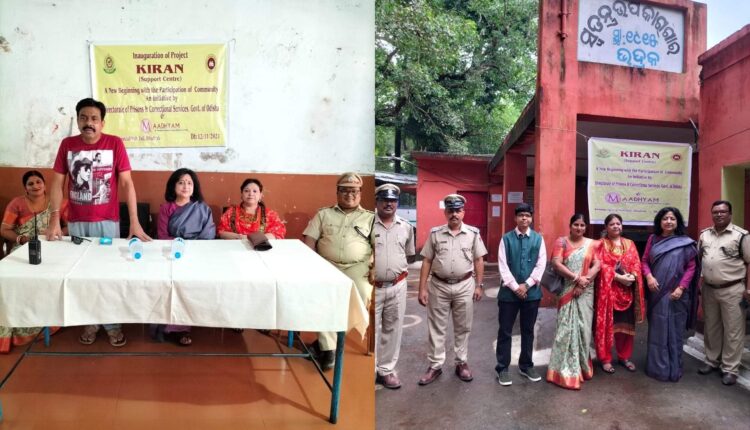 Bhubaneswar: At a time when Sarmistha Rout, prime accused of cameraman Manas Swain murder case, is yet to be traced and arrested, her photos with police officials have come to fore raising serious questions.

Moreover, Sarmistha was questioned at the Chandbali police station after registration of the murder case but released without arrest.

“She was questioned at the police station twice. However, there was no evidence against her at that time, for which she was released. Later, her involvement in the case came to fore during probe,” said Bhadrak SP Charan Singh Meena.

On being asked by reporters about the photos, the police official said he has no information regarding the matter. The SP further said that there is no political pressure on police not to arrest Sarmistha.

Worth mentioning, Sarmistha has gone absconding while efforts were on by police to apprehend her. Police have so far arrested five persons in this case, including former Information & Public Relation (I&PR) Director (Technical) Niranjan Sethi. He was an Odisha Information Service (OIS) officer and retired in February.

On the other hand, police sources said Sethi had telephoned Manas more than 100 times after February 3, for which he came under the scanner of the investigators.

During probe, Manas’ mobile phone was found from a tea seller in Chandikhole area of Jajpur district.

Sethi and his associate Ranjan Nayak were on March 21 arrested over their alleged involvement in the case.