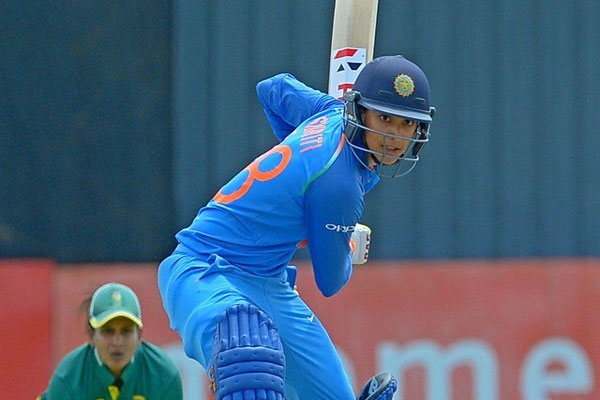 Antigua: Star batswoman Smriti Mandhana has become the second fastest Indian to score 2,000 runs in one-day internationals, adding yet another feather to her cap.

The left-handed batter achieved the feat during the third and final ODI against West Indies played at Sir Vivian Richards Stadium on Wednesday which India won by six wickets.

Mandhana played a 74-run knock and alongside Jemimah Rodrigues, stitched a 141-run opening partnership as Indian eves chased down the 195-run target with ease, thereby clinching the three-match ODI series 2-1.

The 23-year-old has taken 51 innings to reach the 2,000-ODI run mark becoming the third-fastest woman after Belinda Clark and Meg Lanning to achieve the milestone. She has till now scored 2,025 runs in 51 ODIs at an average of 43.08. She has scored four centuries and 17 fifties till now in her ODI career.

Shikhar Dhawan is the only other Indian to hold the record score 2,000 runs in 50-overs cricket. He had reached the landmark in 48 innings.

Australia’s Belinda Clark holds the record for being the fastest batswoman to score 2,000 ODI runs. She had taken 41 innings and is followed by teammate Meg Lanning who required 45 innings to reach the landmark.

In men’s cricket, retired South Africa batsman Hashim Amla holds the distinction of being the fastest to 2,000-ODI run. He had achieved the landmark in 40 innings.

Lucknow to light over six lakh ‘diyas’ this ‘Dev Deepawali’