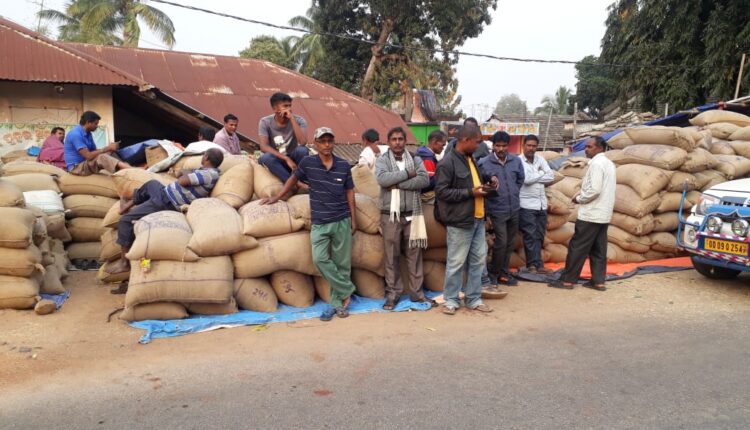 Bhubaneswar: Paddy will  be procured from all registered farmers in the state by March 31, Food Supplies and Consumer Welfare Minister Ranendra Pratap Swain informed the Odisha Assembly today.

Addressing the House, the Minister said  in the current Khariff season, 61.24 lakh metric tonne paddy worth Rs 11.441  crore has so far been procured in the state. The procurement process will continue till March 31.  The total paddy procured in this Khariff season is 18% higher than that of last year.

The Minister called upon all the members of the House to report if they find any genuine farmer deprived of selling his paddy so that necessary steps can be taken to resolve the issue.  The Government is taking all possible steps to ensure smooth and hassle-free procurement of paddy in the state, Swain added.

However, the Minister’s statement failed to satisfy the Opposition as BJP members staged a walk out while Congress MLAs sat on a dharna in the Well of the House protesting irregularities in paddy procurement.

Following the ruckus, Speaker Surjya Narayan Patro adjoined the House twice till 4 PM and called for an all-party meeting.

It is pertinent to mention here that normalcy restored in the state Assembly after six days pandemonium owing to the ruckus created by both ruling and the Opposition over different issues.

Hansal Mehta reacts to ‘The Big Bull’ comparison with ‘Scam 1992’