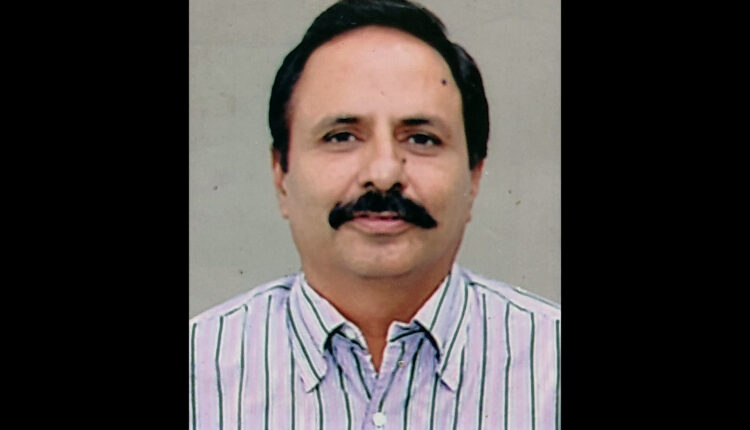 Bhubaneswar: Manoj Sharma, an officer of the Indian Railway Service of Engineering (IRSE) of 1985-batch, has joined in East Coast Railway (ECoR) as General Manager.

Prior to the new posting, Sharma was working as Chief Administrative Officer (Construction) of Central Railway (CR) at Mumbai. He also worked as Divisional Railway Manager (DRM) in Western Railway at Ratlam, Chief Engineer in Northern Railway at Delhi, Chief General Manager in the National Highway Authority of India (NHAI) at Delhi and Joint Director/Director in Research Design and Standards Organisation (RDSO) at Lucknow.

Sharma joined Indian Railways in 1987. He did his Degree in Civil Engineering from the University of Roorkee and a Master’s Degree in Technology from IIT, Delhi. He has vast experience in the construction of projects and commissioning. He has worked in various capacities in RDSO and NHAI etc.

The IRSE officer is highly committed and devoted having brilliant knowledge and command over railway work, has a proactive approach and problem-solving skills and is always at the forefront to shoulder extra responsibility. Taking every task as a challenge, Sharma always strives to move forward in fulfilling the mission of Indian Railways.

Apart from his Degree in MTech from IIT-Delhi, Sharma brings in vast working knowledge and experience gathered over the years while working in various capacities in different government organisations and ministries. Sharma also did his Course in Public Administration from the Indian Institute of Public Administration (IIPA), Delhi in 2011.

Tihar-like central jail to come up on Odisha capital outskirts