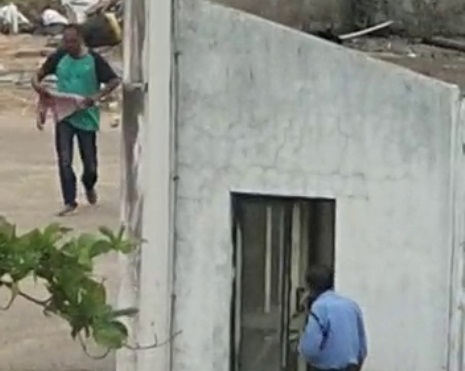 Bhubaneswar: The Twin City Commissionerate Police have arrested the prime accused in the incident of murder of a person on the outskirts of Odisha capital.

The arrested has been identified as Mamun Routray, elder brother of deceased Pritam Routray. He was apprehended from Phulnakhara area, police sources said.

The accused had allegedly stabbed his younger brother to death in Balianta area on June 7 evening.

According to reports, both Pritam and Mamun were jobless and financially dependent on their father’s pension. They were residing in Panchamukhi Apartment at Atalagada under Balianta police limits.

On the fateful day, Mamun attacked his younger brother with a sword on road in broad daylight after chasing the latter. In a CCTV footage, the accused was seen walking on the road after dumping Pritam’s body at an under-construction septic tank near Surekha Apartment.