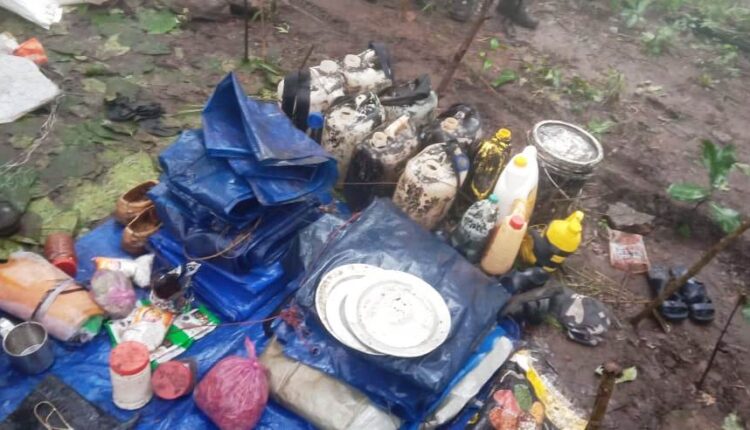 Bargarh: A Maoist camp has been busted by security forces in Gandhamardan Reserve Forest of Odisha’s Bargarh district with the seizure of arms and ammunition.

Acting on a tip-off about the camping of Maoists in the forest, a team of SOG had raided the spot yesterday morning around 7.30 AM. On realising the presence of the security forces near their camp, the red rebels opened fire at the jawans, police sources said.

The security forces retaliated and the exchange of fire continued for around 30 minutes. The extremists managed to escape taking advantage of the dense forest and heavy rainfall. During search, the SOG team found four Maoist camps and recovered 4 INSAS empty cases, 3 AK- 47 empty cases, two .303 empty cases, one .303 live ammunition, 2 SLR empty cases, handwritten Hindi and Odia literature related to Maoist ideology, and other articles from the spot, sources added.

Combing and search operation with additional teams have been intensified in the area after the incident.