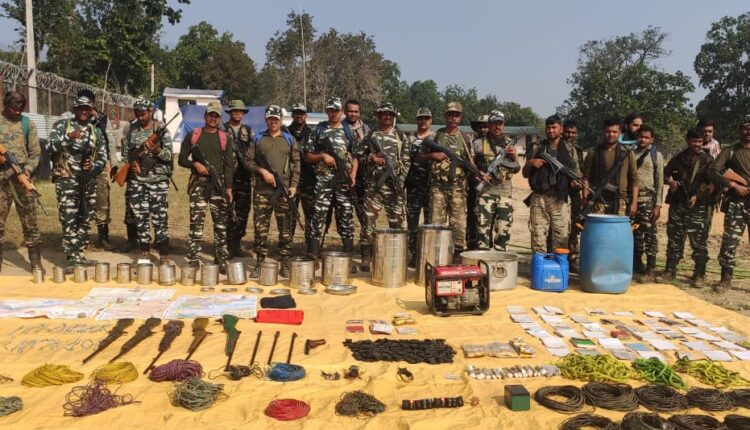 Nuapada: The CRPF personnel busted a Maoist camp in a forest near Bhainsadani village in Nuapada district and seized a huge cache of arms and other Maoist materials from the spot.

Based on intelligence input by the Chhattisgarh Police, the CRPF jawans stormed the Maoist camp following which the red rebels ran away.