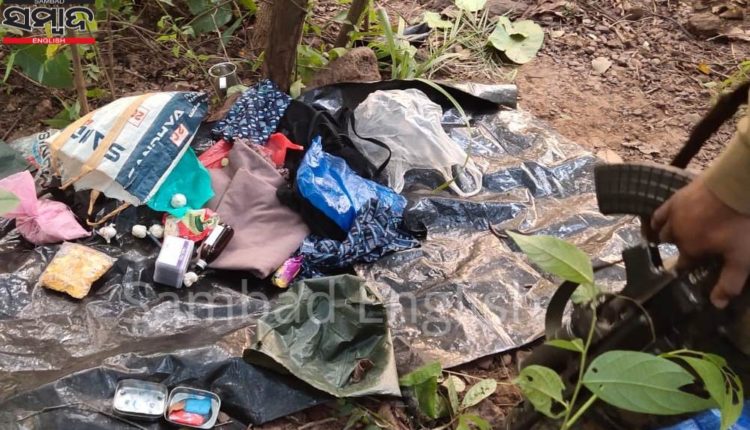 Rayagada: Security forces busted a Maoist camp at Karkamarka forest under Ambadala police limits in Odisha’s Rayagada district today and defused a bomb near the spot.

Acting on a tip-off about presence of several Maoists in the forest, SOG  and DVF jawans conducted a joint-combing operation. Realising the arrival of security forces, the Maoists ran helter-skelter.

Besides defusing a bomb, the jawans seized explosives, clothes and other articles from the place. Combing operation has been intensified in the area after the incident.