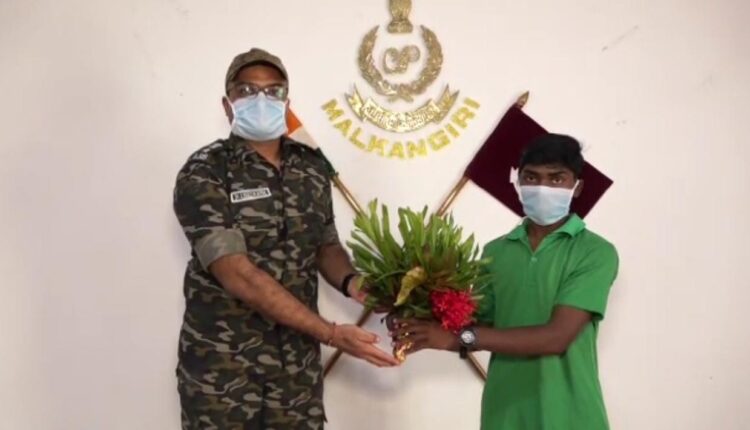 Malkangiri: In order to study further and join the mainstream, a Maoist cadre carrying a cash reward of Rs 1 lakh surrendered before police in Malkangiri district today. As per reports, the Maoist cadre, Mahadev Madkami alias Muna is a resident of Kankerapara area of Dantewada district in Chhattisgarh.

Madkami laid down the arms in front of Malkangiri SP Rishikesh Dnyandeo Khilari at the District Police Headquarters. He wants to study further and to fulfil his dream he quit the Maoist organization, said Madkami.

He joined the CPI (Maoist) organization in 2015 and was an active member of the Darbha division.

Following Madkami’s surrender, he will be provided financial assistance as per the government provisions. This apart, a plot will be provided to him to build a house, a police official said.

Record 2,129 COVID-19 patients discharged in a day in Odisha

Shops allowed to open till 8 pm in Odisha’s Ganjam