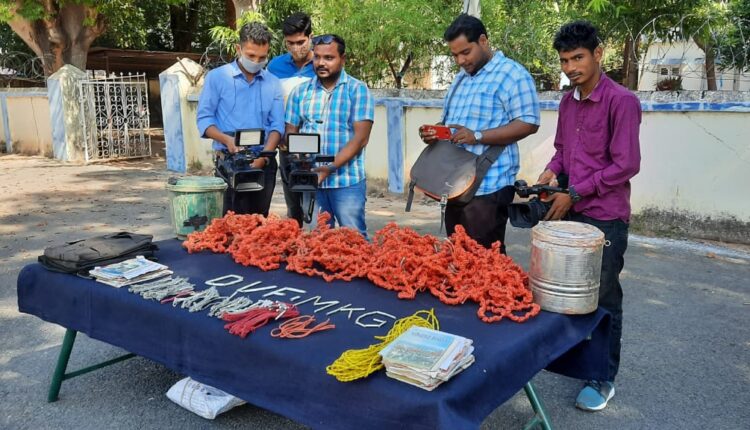 It is being suspected that the explosives belonged to Maoists cadres of AOBSZC and were intended to target civilians and security forces.

In the wake of the recovery, combing and search operations were underway in the area.