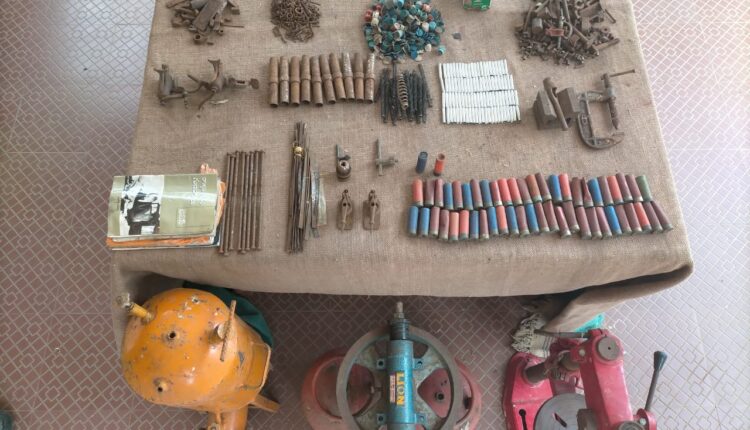 Malkangiri: Security personnel have busted an ammunition dump suspected to have been used by the Maoists for illegal manufacturing and repairing weapons in Malkangiri district.

During combing operation at Kalimela, a huge cache of ammunition and machinery was recovered from the Maoist dump.

“A joint team of Malkangiri DVF and BSF 76th battalion had conducted an operation at Kalimela area two days ago. During the search, the personnel recovered huge cache of ammunition from the Maoist dump,” informed Malkangiri SP in a release today.

“It is suspected that the dump was used for illegally manufacturing and repairing the weapons for Maoist activities,” Additional SP (Operation) said.