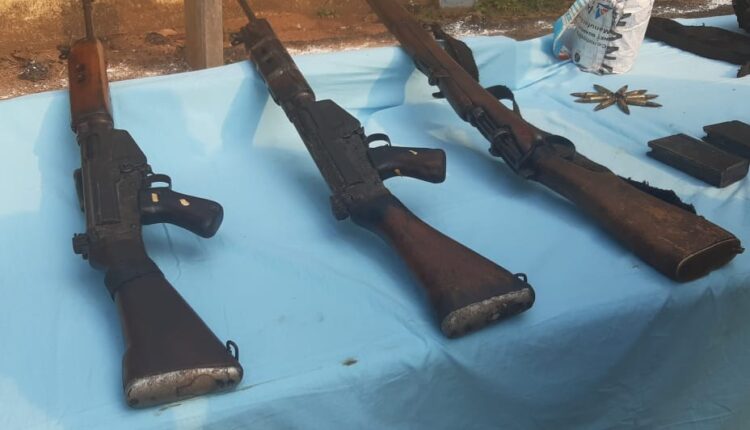 A joint operation was launched by Odisha Police, BSF and Andhra Pradesh Police in the Swabhiman Anchal of the district. Acting on a tip-off, the security forces carried out an intensive search in the area resulting in uncovering of one of the major Maoist hideouts and dumps.

This has led to recovery and seizure of large quantity of Maoists arms, ammunitions and other articles.

It is being suspected that these arms and ammunitions belonged to the Maoists cadres of AOBSZC and were intended to be used against  civilians and security forces.

In the wake of recovery, further combing and search operations were underway in the area.