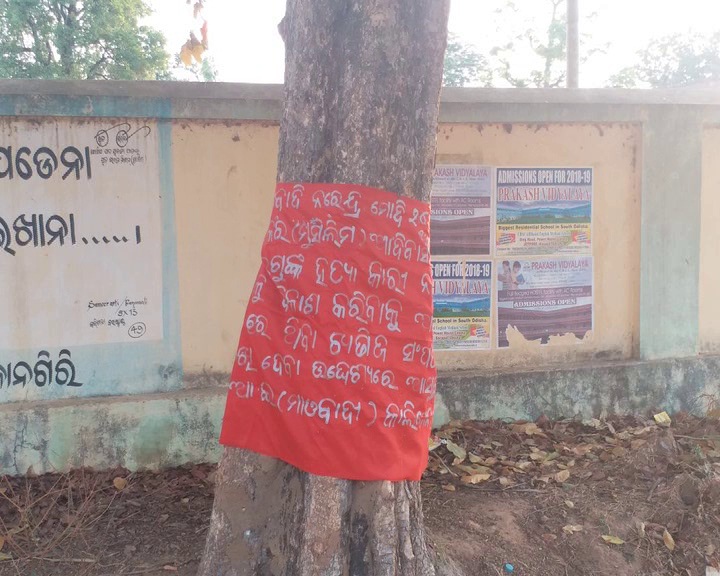 The South Sub-Zonal Bureau of the banned Communist Party of India (Maoist) through the poster alleged that Prime Minister Narendra Modi does not want development in Odisha.

Besides, the Maoists have called for bandh in five states including Odisha. In view of the protest, the government has issued high alert on border of Malkangiri district.

Notably, PM Modi is scheduled to visit Odisha tomorrow to attend a public rally on completion of four years of the NDA government at Centre. He will address the public at Bali Jatra Ground in Cuttack to highlight the BJP government’s achievement during four years.

Meanwhile, opposition Congress has decided to stage demonstration against BJP government during Modi’s visit to Odisha.

On the other hand, elaborate security arrangements will be made by the Commissionerate police for Modi’s visit in Bhubaneswar and Cuttack.

According to reports, 100 platoons of police forces will be deployed for security of the Prime Minister.