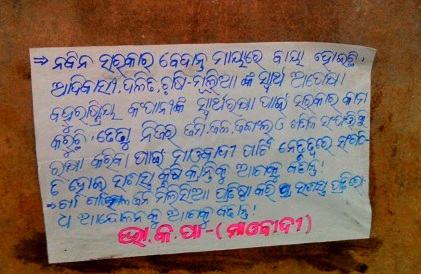 Sarpanch beaten up for not allowing to play cricket during…

Maoists in the posters have opposed the establishment of proposed medical college in Kalahandi district with the aid of MNC Vedanta Aluminium Limited (VAL), reports added.

The posters claimed to have been affixed by Vamsadhara-Ghumusara-Nagabali Divisional Committee of the outlawed CPI (Maoist).

Further investigation by the police the matter is on.