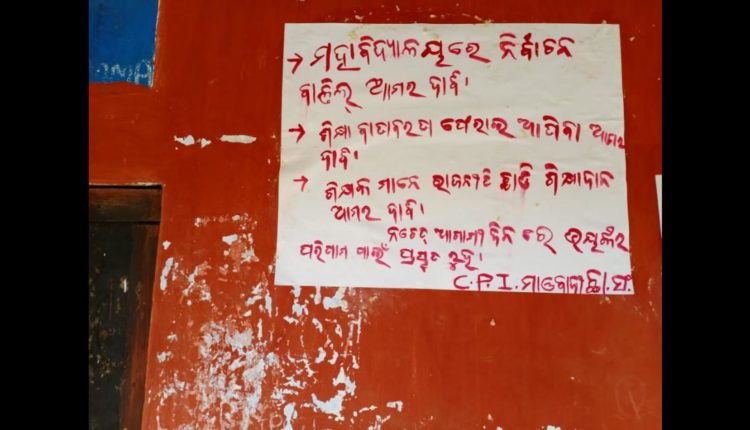 Balasore: In an unusual incident, multiple posters suspected to be put up by Maoists surfaced on the premises of Nilgiri College in Odisha’s Balasore district today.

In the posters, it has been demanded to cancel the students’ union poll in the college. This apart, teachers of the college have been warned in the posters to stay away from politics.

The posters were put up near the office of the principal of the college. On being informed, Nilgiri police reached the spot, seized the posters and started investigation.

The incident has left students of the college panic-stricken.