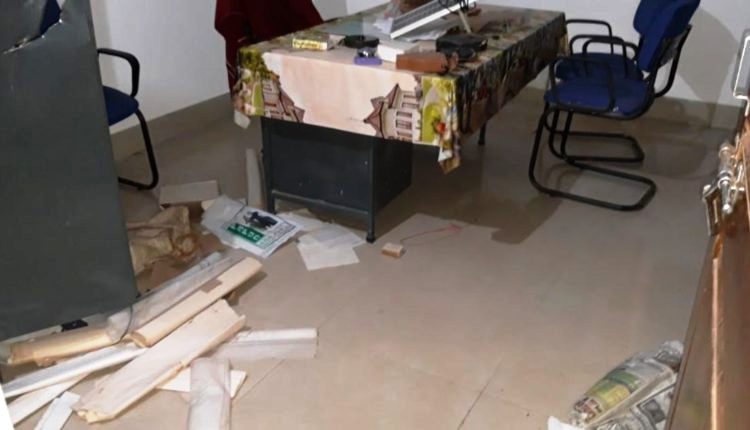 Nayagarh: Once again making their presence felt during the ongoing elections in Odisha, Maoists attacked the office of Banigoccha (East) Forest Range at Kuanria in Nayagarh district last night.

Sources said around seven armed Maoists entered the office at around 9.10 pm yesterday after snapping electricity supply in the area. They ransacked the office  and looted four country-made guns from the office.

The ultras also threatened the foresters to kill them if they scream and later put up posters on the office walls before fleeing the spot, said Hemant Kandi, an official, who was present at that time.

On April 17, Maoists had killed an on-duty poll supervisor at Bandapada in Gochhapada police limits in Kandhamal district. Earlier on the same day, the red rebels had also torched a Government vehicle and a bike that were heading to Mungunipadar under Phiringia police limits in the district on election duty.