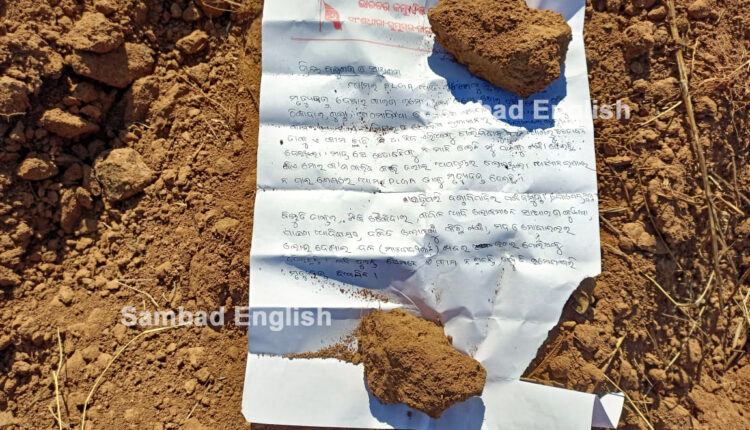 Baliguda: Maoists killed a young businessman today afternoon at a place near Bondapipili village under Kotagarh block in Kandhamal district suspecting him to be a police informer.

The deceased, who was shot at by ultras, has been identified as 43-year-old Ramesh Nayak.

According to a senior official in Kotagarh police station, the victim youth Ramesh was gunned down by a faction of the red rebel while he was purchasing some commodities for daily use from a local marketplace (weekly haat). Ramesh was a businessman and contractor as well.

The members of outlawed CPI (M) have left a hand-written note at the crime spot. Ramesh was killed as he was allegedly carrying on his business as an informer in nexus with local administration and police. “We had earlier warned him (Ramesh) to restrain from such activities and leave this area as he was a cheat wood mafia and contractor. He did not obey our party’s instruction,” the note read.

“Hence, the organisation sounded death punishment for him,” the hand note mentioned.

Few others are also involved in such anti-Maoist activities and they will be punished in a similar manner in the days ahead, in case they do not mend their ways, the ultra faction communiqué stated.

The incident has triggered panic in the nearby villages, a local resident expressed.

On being informed, Kotagarh police reached the spot and seized Ramesh’s body. Police have registered a case in this connection and launched a detailed probe, which is underway.