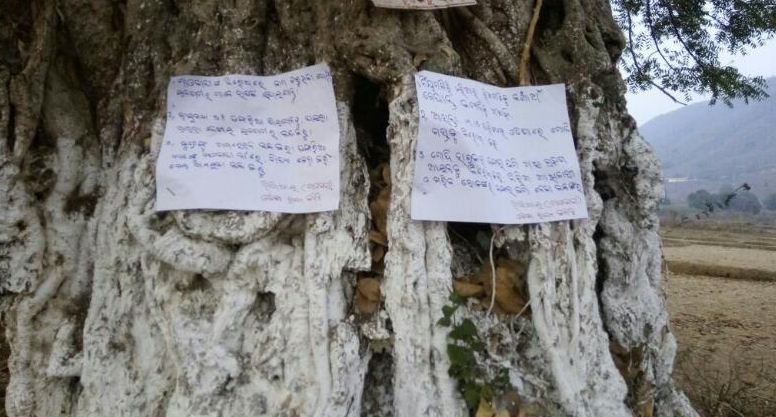 The posters have been put up in the name of Odisha State Committee of CPI (Maoist) opposing two-day visit of Modi, who is scheduled to attend the BJP’s national executive meeting in Odisha, and Land Acquisition Act of Modi government.

According to reports, the posters were found put up at Sikarpai Railway Station and different places in Kalyansingpur area in the district by the outlawed organization.

The posters were also put up threatening the security forces against combing operations in the area. They alleged police of alluring the tribal youths with false promises to act as police informers.

They also appealed to people through the posters to save Niyamgiri hills by ousting Vedanta Company.