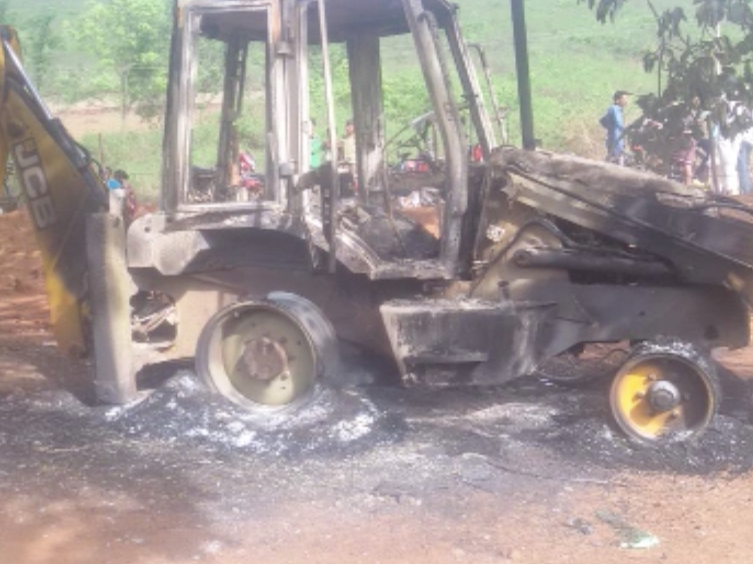 A group of Maoists ransacked a contractor camp by setting several vehicles on fire at Lakris under Kasipur block in Odisha’s Rayagada district late on Friday night.

According to reports, 80-100 Maoists stormed into the camp at around 11 pm and threatened the workers to leave the site. Later, the red rebels torched 4 tractors, one JCB, 2 tippers at the camp. They also destroyed a water tank at the spot.

According to sources, the Maoists had earlier threatened the company which had set the contractor camp for construction of a road in the area.

Some Maoist posters have been seized from the spot in which the red rebels have opposed the Narendra Mod-led Government at the Centre and Naveen Patnaik-led Government in the state. This apart, the Maoists have warned police not to rope in informers in villages to know about their presence and movement, sources said.