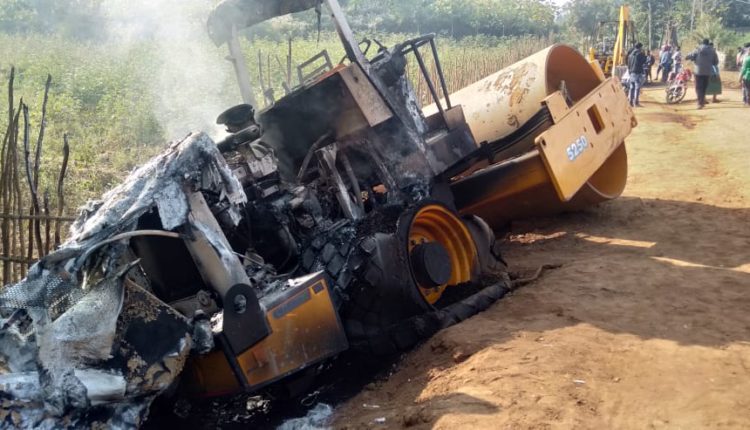 Besides, Maoist posters opposing construction of Saradapur-Thuapadi road under Pradhan Mantri Gram Sadak Yojana (PMGSY) were also found from the spot. Through the posters, the Baghuna Divisional Committee of CPI (Maoist) threatened that if the road construction continues further, contractors involved in the work will face dire consequences.

Sources said over 15 Maoists, including women came to the village at around 9.30 pm last night and reprimanded some workers in the locality saying that despite repeated appeals the road construction has not been stopped yet. They later went and set three vehicles, including a bulldozer and a roller, on fire before fleeing the spot.