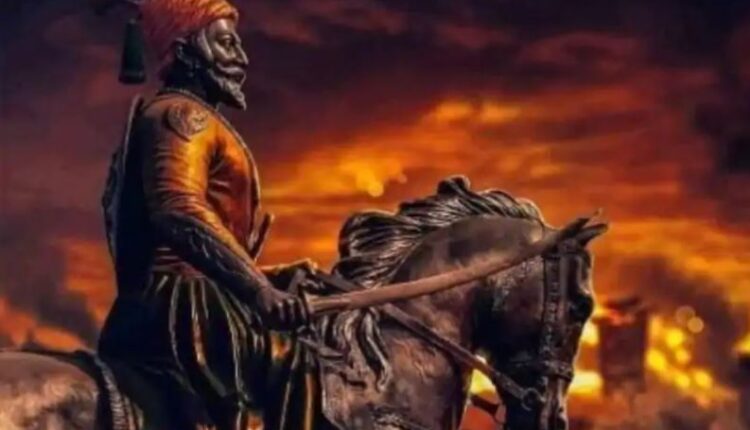 A serious attempt is made by the present right-wing ruling dispensation at the center to erase history, disown the veracity of historical facts, distorts basic truths to downplay the complexities of India’s multi-religious history. The effort is also made to blur the difference between the veracity of history and propaganda and present a saffronized version of the same historical story to suit their political interest. History is based on evidence, facts, and reasoning, while propaganda is meant to twist even basic truths.

RSS stalwarts have time and again called for the ‘rewriting’ of history. Corroborating the same Union Home Minister Amit Shah called for a revision of history from an “Indian standpoint”. This means Muslim rulers to be depicted as villains while Hindu as patriots.

There has been a deliberate rise of jingoist Hindi cinemas like Bajirao Mastani, Padmaavat, Manikarnika, Kesari; Panipat, and Tanhaji in which audiences are being fed historically and chronologically inaccurate tales that are ‘retold’ versions meant to maneuver ultra-nationalistic sentiments.

Chhatrapati Shivaji Maharaj died on 3 April 1680, but even today, he continues to be celebrated as Maharashtra’s tallest icon. The warrior king is known for establishing the Maratha Empire, which lasted for close to two centuries. But today, Shivaji is picturized as the iconic leader, anti-Muslim who established Hindu rule and fought Mughals. Right-wing politicians championed him as a central part of the “Hindu nationalist ideology” for electoral dividends.

In January 2019, before the Lok Sabha election, Amit Shah had compared the imminent elections to the third battle of Panipat and urged that the BJP had to win the polls this time as defeat of the Marathas in Panipat “enslaved” the country for 200 years. Maratha forces were defeated by the army of Afghan ruler Ahmed Shah Durrani (Abdali) in the battle of Panipat 1761.

Indirectly, in order to woo Maratha voters, he has projected Maratha’s regime as a symbol of Hindu nationalism while Muslim regime as invaders –the philosophy surreptitiously harboured by his own party. This is clearly evident that recently, Yogi Adityanath  has made incendiary rhetoric and compared Mughals’ rule to slavery and questioned how Mughals can be considered as a hero in India.

But what is reprehensible, abominable is that Yogi Adityanath  took an irrational decision to rename the upcoming “Mughal museum” after Chatrapati Shivaji Maharaja whom they think as a symbol of Hindu nationalism and anti-Muslim rulers. But the progenitor/ forefather of Yogi Adityanath’s own religious community were recipients of patronage, gifts, and grants from Mughals rules’ India. Yogi Adityanath ‘s such communal decision amounts to a distortion of history.

Every ruler before independence had some positive as well as a negative contribution, though all wanted to spread their hegemony by any means. Mughals have plundered but Marathas were not different. It was quite wrong to dub all Mughal rulers as anti-Hindu. Actually, all Mughal rulers were not anti- Hindu.

According to Dr. Rameshwar Prasad Bahuguna, “The entry of Rajput chiefs into the Mughal nobility was followed by gradual extension of Mughal patronage to Brahmans and Brahmanical institution. The dominant class of Brahmans of Bañaras had links with the Mughal court and the Mughal ruling class.

In reality, present Hindu nationalism, emulated by Right-wing rulers (both center and states) in India is not the same as the Hindu nationalism advocated by Shivaji. It is rather much similar to Hindu nationalism propounded by Veer Savarkar (founder of Hindu Mahasabha) which is alleged to have triggered an Intolerant India. Most of the followers of Veer Savarkar were Marathi Brahmins, who later established RSS (Rashtriya Swayansewak Sangh) at the geographical center of India – Nagpur.

Chhatrapati Shivaji, who championed a ‘Hindavi Swarajya’, wasn’t against Islam. “Hindavi Swarajya” implies “Indian independence from foreign rule “or “Indian rule” or “self-rule of Hindu people”. However, it marked the rejection of an existing system of power built on Islamic ideals, but it does not appear to be a mark of hatred for that religion itself.

However, the truth is that his relationship with Islam and Muslims is not so black and white. It was Shivaji’s inclusive policies that gave space to people of lower castes and different religions in his empire’s administration. In his twenties, he had Muslim Pathans in his armies, also employing qazis to administer Islamic justice within his dominions.

After the death of Shivaji, Marathas rulers lost purpose and were busy with spreading their empire, exploiting people more. They were fighting the Mughals for the political and regional assertion, but not Hindu consolidation. Their sole aim was to stretch their imperialistic hegemony.

It is publicized that Bajirao Ballal Bhat, a general and a statesman of the Maratha Empire fought and won 40 battles against the Mughals with an aim to create a unified Hindu kingdom or “Akhand Bharatvarsha”. The grim reality is that Marathas only ever hunted a Marathi empire for themselves. It was not unified, hardly Akhand, and never Hindu. Marathas did not act differently from any other ruler, and the idea of a unified Hindu sentiment existed only in the imagination.

The Maratha’s vision of vanquishing controlling the Mughal Empire and establishing its own empire over large parts of the country could not be realized. This was mainly because the Maratha Empire represented the same decadent, profligate social order as the Mughal Empire did and suffered from the same underlying weaknesses. Irfan Habib‘s thesis is that the Maratha movement was essentially a zamindar uprising of the imperial ruling class (mansabdars and jagirdars) of the Mughal Empire.

The Marathas failed to promote science and technology or to take much interest in trade and industry. Their revenue system was similar to that of the Mughals as also was their administration. Like the Mughals, the Marathas campaigned for one thing alone, and it was called Chauth. They had no compunction in raising revenue from the helpless peasantry. It meant a fourth of all revenue to be collected from other kingdoms, no matter what the faith of the king.

For example, they too collected nearly half of the agricultural produce as tax. Unlike the Mughals, they failed even to give sound administration to the people outside Maharashtra. They could not inspire the Indian people with any higher degree of loyalty than the Mughals had succeeded in doing.

The Marathas were dubbed as Mongols of South Asia. They have invaded many states and slaughtered many people mercilessly. The Marathas first invaded Bengal six times and caused immense problems to people. Some call them “slayers of pregnant women and infants”. Maratha extortion caused Jaipur’s Ishwari Singh to commit suicide in December 1750.

The Marathas were reviled by other Hindu rulers and hated by non-Marathi Hindus, Rajputs, Punjabis, and Sikhs as well. Imperialist historiography usually characterized the 18th century Maratha power as chaotic and anarchic. Since they failed to fight unitedly against the British even helped, the British conquered India.

DISCLAIMER: The views expressed in the article are solely those of the author and do not inany way represent the views of Sambad English

Oxford-AstraZeneca ‘Covishield’ vaccine likely to be approved in India

Powered by series win over Aus, India move to top spot in…