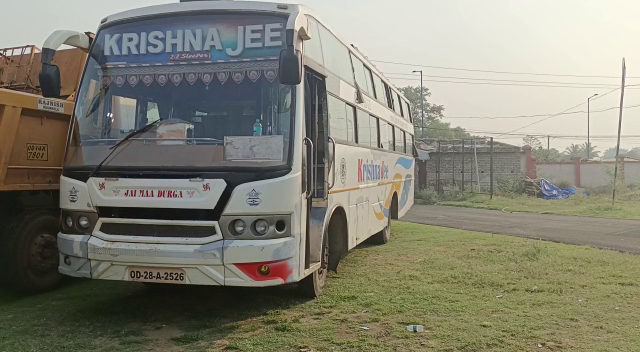 The transport authorities issued a challan of Rs 3,70,172 to owner and driver of the bus for the MV Act violation.

According to reports, the bus carrying a marriage party was on its way back to Bonei in Sundargarh district from Kurdeg area in Jharkhand state. The vehicle was detained yesterday evening at the testing track premises of RTO, Sundargarh under section 207 of MV Act.

During the checking, the RTO officials found that the tax of vehicle has been expired since April 30, 2021 and the driver failed to produce valid documents including the vehicle’s permit, fitness certificate, registration certificate, insurance, pollution under control certificate.

While the fine was slapped for flouting the Motor Vehicles norms, the tax and penalty alone amounted to Rs 3,42,672.

The driver Suba Munda has been directed to guard the vehicle along with its all accessories at his own cost and risk till disposal of the case. He and the owner of vehicle identified as Kailash Chandra Biswal, a resident of Gunduriposi in Deogarh district, have been asked to send the marriage party to their destination at their own risk bearing all expenses.