Married woman, youth tied to pole, beaten up in public over illicit affair 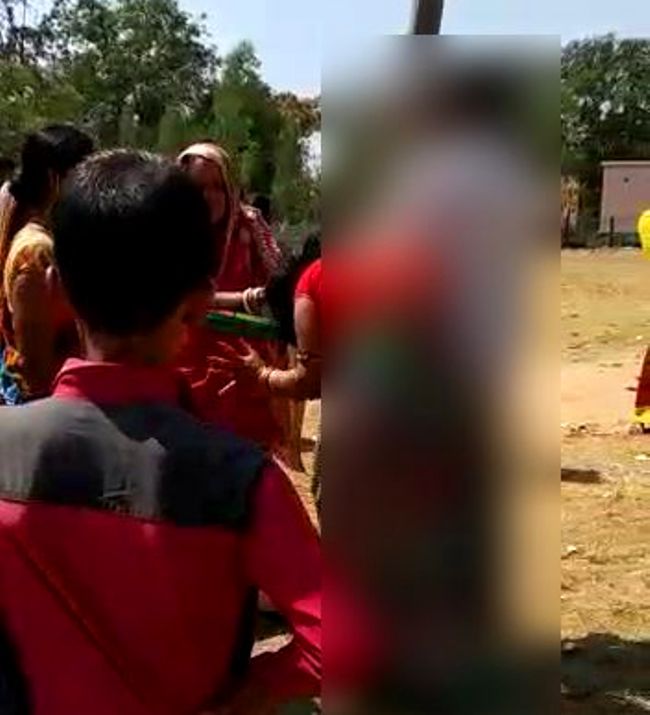 Malkangiri: Extramarital dalliance took an ugly turn in Odisha’s Malkangiri after a married woman and a youth were tied to a pole and thrashed by locals of MV-47 village in the district.

Th incident came to fore after a video of the incident went viral on social media today.

As per sources, a youth of MV-83 had developed an illicit relationship with a married woman of MV-47 village. Yesterday, locals caught the two in a compromising position in the latter’s house. They dragged the two out of the house, tied them to a pole and thrashed them black and blue in public.

However, no complaint was lodged with police till last reports came in.

Meanwhile, a section of people have condemned the incident alleging that villagers have no rights to take law into their hands.

“Instead of handing the two over to police, the locals assaulted them in public and later made a video of the incident that went viral on social media. Action should be taken against the mob,” said a villager.

Odisha woman axed to death by hubby over ‘extramarital affair’