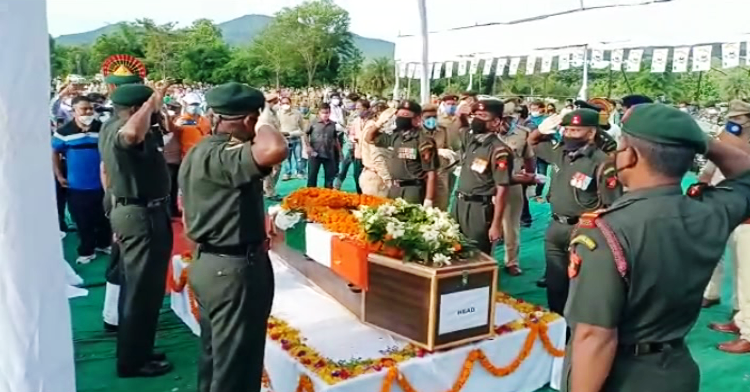 Bhubaneswar: Two martyred Odia Jawans Chandrakant Pradhan and Nuduram Soren, who lost their lives in India-China violent clash, were laid to rest as their mortal remain were consigned to flames with full state and military honours today.

Amid  chants of ‘Bharat Mata ki Jai’ and ‘Vande Mataram’, last rites of both the Jawans were performed in their respective native villages in  Kandhamal and Mayurbhanj districts.

Earlier in the day, the solders were given 21-gun salute and taken out in procession with people in large numbers sloganeering ‘Amar Rahe’ in their names holding the national flags. 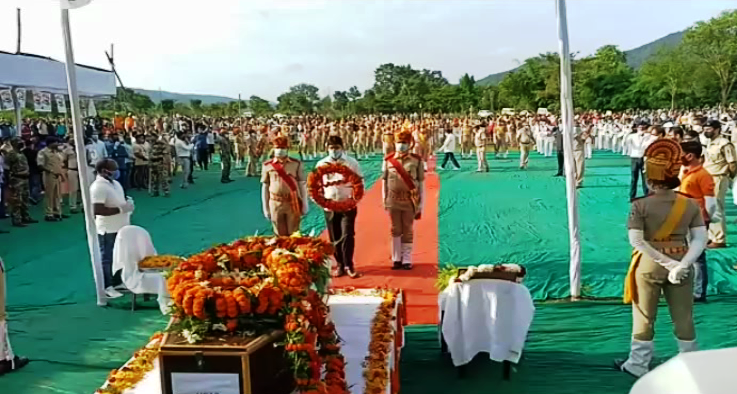 Worth mentioning, the two Jawans were among the 20 Indian soldiers who were martyred during a violent clash with Chinese troops in Galwan valley in the intervening nights of June 15 and 16.