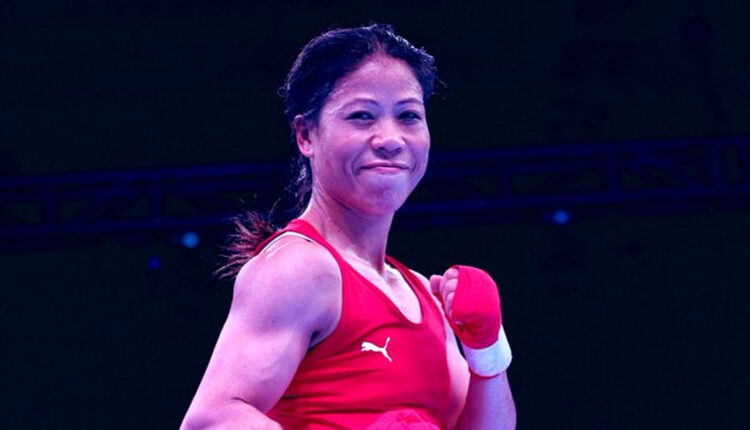 Lalbuatsaihi entered the gold medal round of the women’s 64kg after she outplayed Kuwait’s Noura Almutairi. The referee stopped the contest in the second round.

Pooja Rani got a walkover in the women’s 75kg while Anupama entered the final of women’s plus-81kg by defeating Mokhira Abdullaeva of Uzbekistan 4-1.

Earlier, Mary Kom provided a flying start to India by scoring a 4-1 win against Mongolia’s Latsaikhan Altantsetseg to enter the gold medal round of the women’s 51kg category.

The 38-year-old boxer made a cautious start and took time to settle down into her groove. She tested the strength of her opponent, and became aggressive in the second round and went all out in the third round. The Olympic Games-bound Mary Kom surprised her Mongolian opponent with her speed and skill.

Mary Kom will face Kazakhstan’s Nazym Kyzaibay in the final. Nazym, a two-time world champion, had an easy semi-final encounter against Sri Lanka’s Nadeeka Pushpakumari as the referee stopped the contest in the first round.

Two-time world youth champion Sakshi also entered the final as she defeated top seed Dina Zholaman of Kazakhstan 3-2 in her semi-final match and set up a title clash with Sitora Shogdarova of Uzbekistan.

In the opening match of the day, Monika settled for a bronze as she lost her 48kg semi-final match to Alua Balkibekova of Kazakhstan.

Jaismine lost 0-5 to Vladislava Kukhta of Kazakhstan in the 57kg to win the bronze medal.

Simranjit Kaur also clinched bronze in 60kg as she lost 0-5 to Rimma Volossenko of Kazakhstan in the semi-finals.

Lovilina Borgohain lost 2-3 in the semi-finals of the 69kg bout to Uzbekistan’s Navbakhor Khamidova to win the fourth bronze medal of the team.

2 arrested for cheating COVID patients on pretext of oxygen cylinders