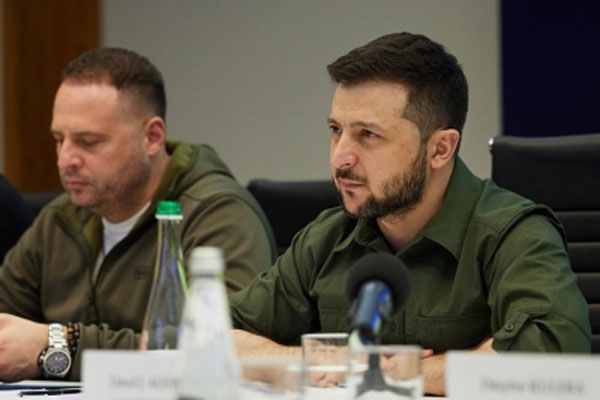 Kyiv: Ukrainian President Volodymyr Zelensky announced that another mass grave has been discovered in the Kyiv region with 900 bodies.

In an interview to Polish media on Friday, the President said the area where the grave has been found was occupied by Russian forces in March, reports Ukrayinska Pravda.

“No one knows how many people have been killed. There will be consequences, there will be an investigation, then there will be a census. We have to find all these people, but we don’t even know how many there are,” he was quoted as saying.

Zelensky also claimed that since the invasion began on February 24, nearly 500,000 Ukrainians have been illegally deported to Russia.

He stressed that “Ukrainian prosecutors and law enforcement officers will find and put to trial all Russian soldiers who are in any way connected to the crimes committed against Ukraine’s civilians”.

On April 23, Bucha Mayor Anatoliy Fedoruk had announced that 412 civilians killed by the Russian military had been found in mass graves in the town, about 31 km from Kiev city.

Investigators have so far found some 1,100 bodies in mass graves across the Kyiv region.

At least three mass graves have also been found on the outskirts of the besieged Mariupol city, containing the bodies thousands of civilians.