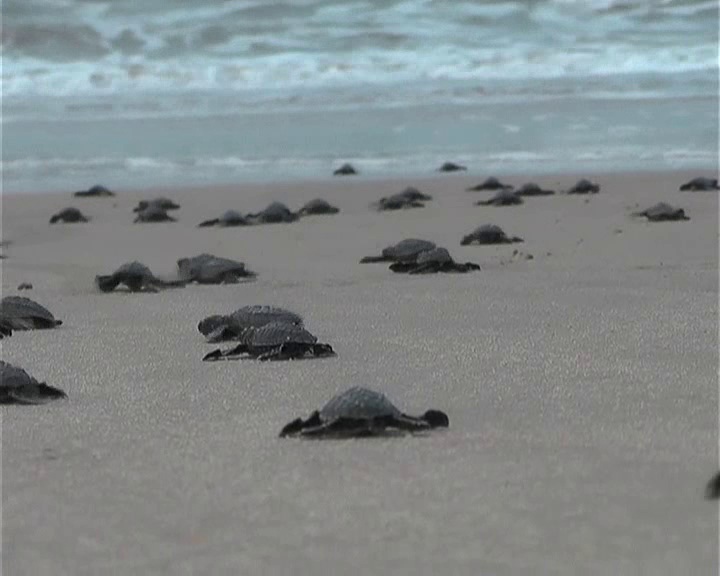 Kendrapara: Olive ridleys began their mass nesting at Gahirmatha Marine Sanctuary in Kendrapara district of Odisha. Over a thousand of sea turtles came ashore for laying eggs at Nasi-1 and Nasi-2 islands since Tuesday evening.

Around 300 olive ridleys laid eggs on Tuesday evening and 800 took part in the mass nesting process late on Tuesday night, informed a source in the forest department.

Though, lakhs of olive ridleys migrated to the marine sanctuary from the sea in past two days, only 1100 laid eggs. Due to new moon day and south wind, the endangered turtles are expected to participate in the mass laying process today.

The mass nesting of olive redileys at Gahirmatha shore was first spotted in the year 1975. The State Government has prohibited fishing in sea upto 20 km from Gahirmatha after declaring it as the first marine sanctuary on September 27, 1997.

Usually, a female olive ridley lays about 100 eggs. After laying eggs on seashore, the mother turtle hides hole with sand and returns to the sea. In heat of the Sun, the baby turtles come out of eggs within 45 to 60 days.

How Pankaj Tripathi avoids extreme negativity as a villain