Massive fire breaks out at market complex in Odisha’s Rairangpur 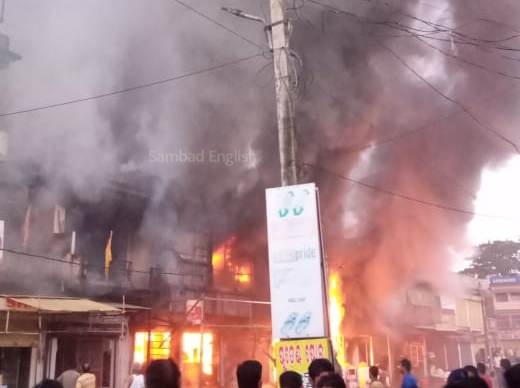 No casualties have been reported in the incident. Multiple shops and properties worth lakhs were gutted in the fire mishap.

On being informed, Fire personnel rushed to the spot and initiated efforts to douse the flames.

Till last reports came in, the reason behind the outbreak of fire was yet to be ascertained.