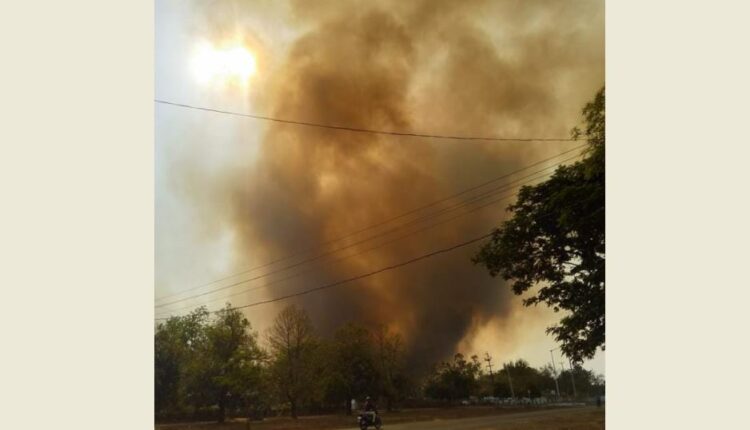 Cuttack: Fire broke out again on the premises of the Aviation Research Centre (ARC), Charbatia in Cuttack district for third time within one month. Thick smoke billowed out from the ARC premises after fire spread in a field.

An onlooker said the intensity of the fire was so much that the sunlight was not clearly visible in the area.

As the ARC premises are sensitive place, outsiders are not allowed in the area due to security reasons. A total of seven fire tenders were engaged to douse the flames, said sources.

Reason behind the cause of fire is yet to be ascertained.

Earlier, fire engulfed several trees on the ARC premises on February 27 and January 27 due to which the campus lost its greenery.