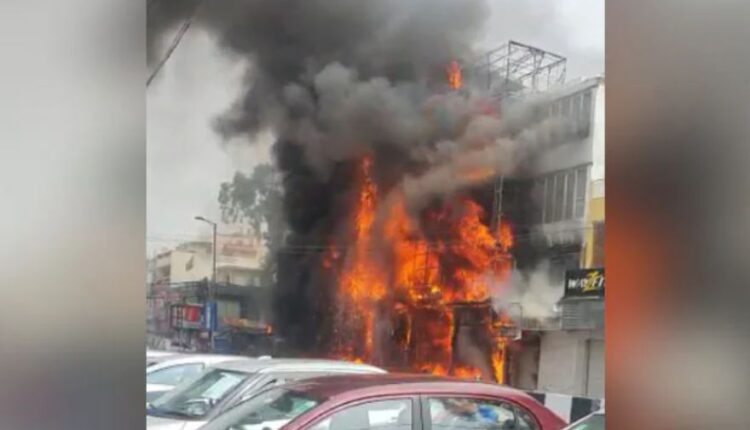 New Delhi: A massive fire broke out in a showroom in Lajpat Nagar market in Delhi on Saturday, a fire official said.

More than 15 fire tenders have been rushed to the spot to douse the blaze.

A recap of significant events happened in India in 2021

Officials said they received an alert from Lajpat Nagar market regarding a massive fire that broke out at Block-1, Central Market, Lajpat Nagar.

“Fire is in a showroom. Thirty fire brigades have been rushed to the spot. Details are awaited,” said a fire official.

The incident took place after the market reopened after over a month of lockdown.

After boundary row, Nepal and India enter into fresh…