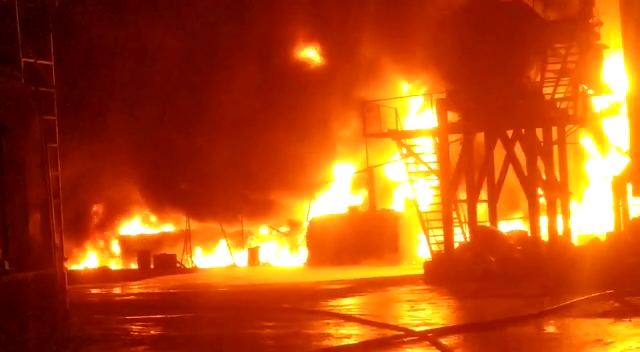 The properties worth lakhs were destroyed after the fire broke out at the plant located at Jayantpur Square in Sambalpur town.

Four teams of fire brigade were pressed into action to douse the flame. The fire was so intense that it was brought under control after four hours of efforts.

However, no casualty has been reported so far in the incident.