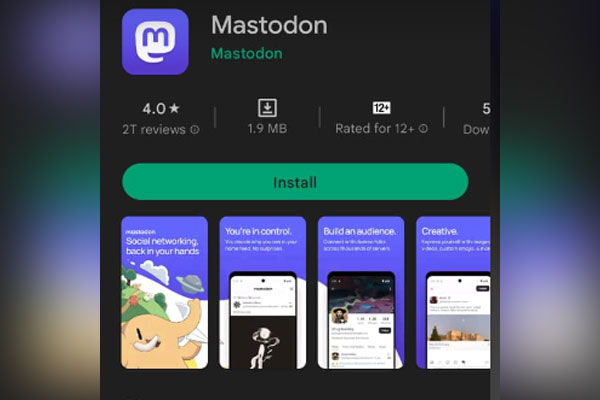 Bhubaneswar: Mastodon, being referred to as the de-centralized alternative of Twitter, has recently become a talking point. Netizens, in large numbers, are reportedly switching to the new self-hosted social networking platform after being disappointed with Elon Musk’s ‘$8 for Twitter Blue Tick’ announcement.

Mastodon is free and open-source software that allows running of self-hosted social networking services. It provides micro-blogging features that are similar to Twitter. Though released back in early 2016, this platform has reportedly gained more popularity now, as a majority of Twitter users have expressed reluctance in paying for the ‘Blue Tick’ and looking for an alternative micro-blogging platform.

Though Mastodon provides its users some features that are quite similar to those on Twitter, it also offers a large number of independently run nodes called ‘instances’ that have their own individual code of conduct, privacy and moderation policies. Posts on this platform are called ‘toots’.

Users on different nodes have the privilege to interact with each other. Being a part of the Fediverse ensemble of server platforms, it also allows users on other compatible platforms like Friendica and PeerTube, it interact with one another. Unlike Twitter, Mastodon has no ads. Further, users who are willing to jump from one server to another may do so.

Mastodon can be used on desktops, androids and iOS. To sign up on this platform: