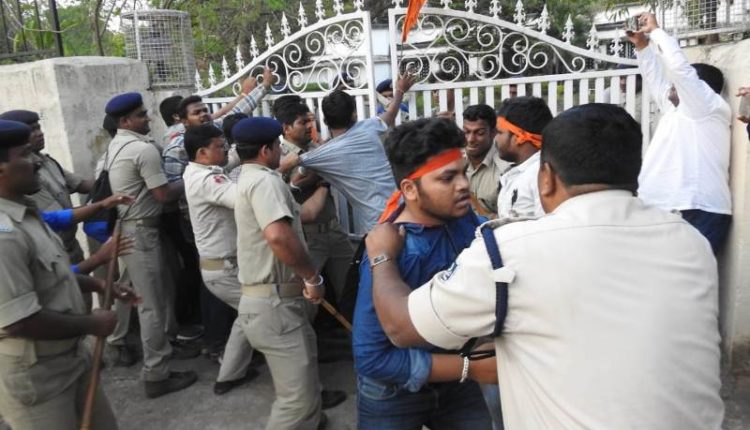 The ABVP members gheraoed the minister’s residence and scuffled with police while they tried to enter into the premises. More than 50 ABVP members were detained by police.

ABVP in a statement warned of intensifying the agitation in future in the case of non-arrest of those involved in the question paper leakage.