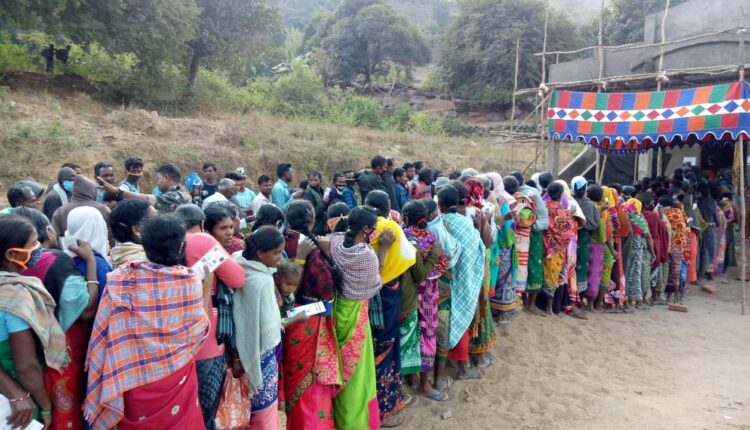 Koraput: Despite Odisha Government’s request not to conduct panchayat elections in bordering villages of Kotia Gram Panchayat under Pottangi Block in Koraput district, Andhra Pradesh Government executed its plan amid tight security in the disputed region.

The voters were seen in a long queue in the morning to cast their votes even after efforts by Potangi BDO and Tehsildar to convince the villagers not to particpate in the electoral process, a ‘conspiracy’ by the neighbouring State. The security personnel of Andhra Pradesh were deployed at the polling stations.

According to source, the polls are underway since morning and it will continue till 3.00 PM.

Yesterday, Koraput Collector Abdaal Akhtar had written to his Vizianagaram counterpart appealing not to conduct the elections in the disputed region of Kotia as the matter is currently sub-judice in the Supreme Court.

However, paying no attention to the request, the Andhra Pradesh Government conducted the panchayat polls to claim its jurisdiction rights over Kotia.