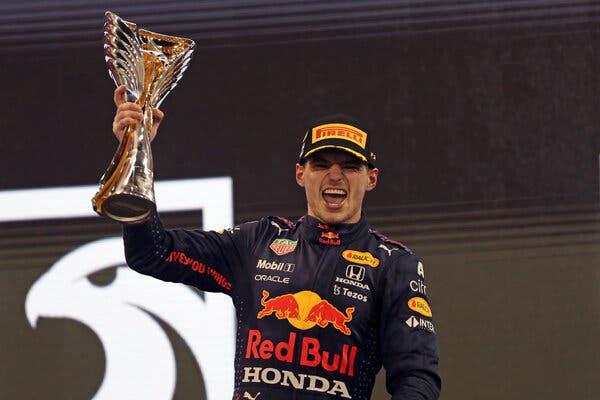 Abu Dhabi: New Formula 1 champion, Max Verstappen, has said he battled through “intense pain” towards the end of the race as he clinched the world championship title for Red Bull after passing Mercedes’ Lewis Hamilton on the last lap here.

In one of the most tightly-contested seasons in recent history, Verstappen became the first Dutch driver to win the Drivers’ Championship, ending Hamilton’s dominant streak of seven consecutive titles.

Hamilton finished second as the race ended in a nail-biting one-lap sprint. The Mercedes, however, clinched a record eighth consecutive constructors’ championship.

This was Red Bull’s first F1 title since 2013, with Mercedes having won every championship since.

Verstappen, however, revealed his right leg was cramping in the crucial moment that saw him clinch victory.

“I was actually happy in Turn 5 there was a braking zone so I could come off throttle!” the new world champion was quoted as saying by formula1.com.

“Then I was of course in front and then the whole straight, you have this massive cramp in your muscle, it’s just like clamping on and getting worse and worse. I’ve had it before but it’s not a nice feeling, but a chance like this you just have to fight through it.”

Verstappen added that he never gave up even when, at times, Hamilton looked set for victory.

“Well, I mean, of course it didn’t look great, but I always said to myself I’m going to push until the end, I’m not going to make it look like it’s too easy out there and I think that also kept me within that range where they couldn’t do a free stop under the safety car or whatever. In a way I was just trying to push myself till the end.

“Yes, (it was) pretty crazy. Especially how the whole race went. It was a bit of a rollercoaster of course from not really having a chance of winning to the last lap when everything comes together,” added Verstappen.

‘Spider-Man: No Way Home’ craze grips Bhubaneswar; First show as early as 5.40 AM