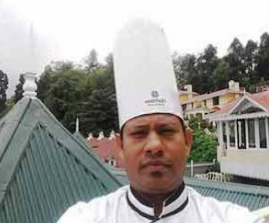 Bhubaneswar: A chef of Mayfair Hotel in Odisha capital was found dead in the hotel’s bathroom last night.

The body of Atun Bar, the deceased chef hailing from West Bengal, was found in a hanging state from the bathroom, reports said.

The body was seized by police and sent to Capital Hospital for post-mortem.

“An unnatural death case has been registered into the incident. Prima facie it appears as a case of suicide. However, actual reason behind the death can be ascertained after post-mortem of the body,” said Bhubaneswar DCP Satyabrata Bhoi.

Investigation into the matter is on.