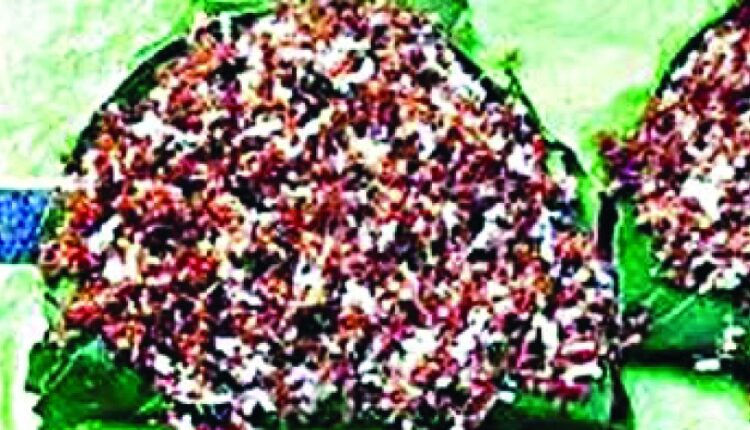 Bhubaneswar: Kai (Red Ant) Chutney of Odisha’s Mayurbhanj is likely to get Geographical Indications (GI) tag as a meeting in this regard will be held in Odisha capital on December 6.

The Odisha University of Agriculture & Technology (OUAT) had earlier submitted an application to the Geographical Indications Registry seeking the tag.

In response, the office of the GI Registry has formed a Consultative Group of Experts to ascertain the correctness of particulars furnished in the application.

The Consultative Group Meeting has been fixed for December 6 in Bhubaneswar.

The applicant has been asked to prepare a PowerPoint presentation to support the claim.

As many as five experts of Red Ant from Mayurbhanj will be present at the meeting.

Notably, red ants are consumed in the form of a chutney namely ‘Kai Chutney’ in Mayurbhanj district.

The red weaver ants are indigenous to Mayurbhanj and are found in forests, including Similipal. The tribal people use them to make chutneys and soups.

The chutney is believed to have medicinal properties as it is rich in protein, calcium, zinc, vitamin B-12, iron, magnesium, potassium, sodium, copper, fiber and amino acids.