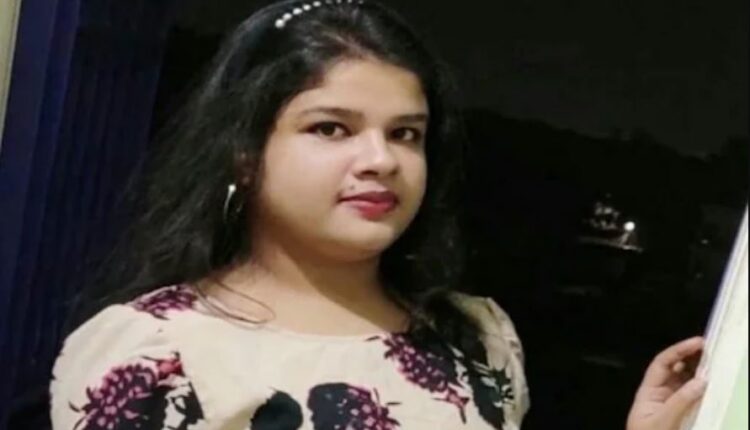 Bhubaneswar: The Saheed Nagar police today arrested a youth in connection with the alleged suicide of MCA student Ashrita Senapati in the city.

The accused has been identified as Satyaprakash Das, boyfriend of the deceased. He worked in an IT company in Bhubaneswar.

According to reports, his name was mentioned in a note found near Ashrita’s body. Suspectedly, the note was written by the girl before the suicide.

The girl took the extreme step of ending her life by hanging herself as Satyaprakash was torturing her. Both hail from same village in Bhadrak district and were in a relationship for nine years, reports said.

Ashrita had developed friendship with a youth in 2019, over which a dispute was prevailing between her and Satyaprakash, reports added.

Police had examined the call records of the girl during investigation.

Ashrita was found hanging inside a rented house in Acharya Vihar area here on July 5. She was pursuing MCA course in a private engineering college in the city.