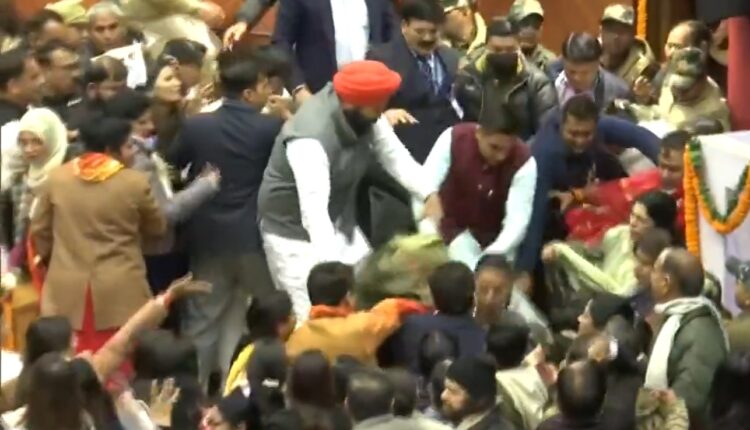 New Delhi: Ahead of the mayoral elections on Friday, huge ruckus was created at the Civic Centre as the Aam Aadmi Party (AAP) and the Bharatiya Janata Party (BJP) members clashed over the L-G nominated councillors.

As the proceedings in the House began, AAP’s leader of the House, Mukesh Goyal raised the issue of oath-taking of the nominated corporators. Goyal said that in the last 25 years, it has never happened that nominated councillors were taking oath before the elected members.

The BJP and AAP councillors clashed with each other and raised slogans.

The AAP has fielded former Delhi University teacher Shelly Oberoi as the mayoral candidate and Aale Mohammad Iqbal as its deputy mayor candidate, while BJP has nominated Rekha Gupta for the mayor’s post and Kamal Bagri for the deputy post.

The AAP has been crying foul over Lt. Governor V.K. Saxena’s decision to nominate 10 BJP members as aldermen.